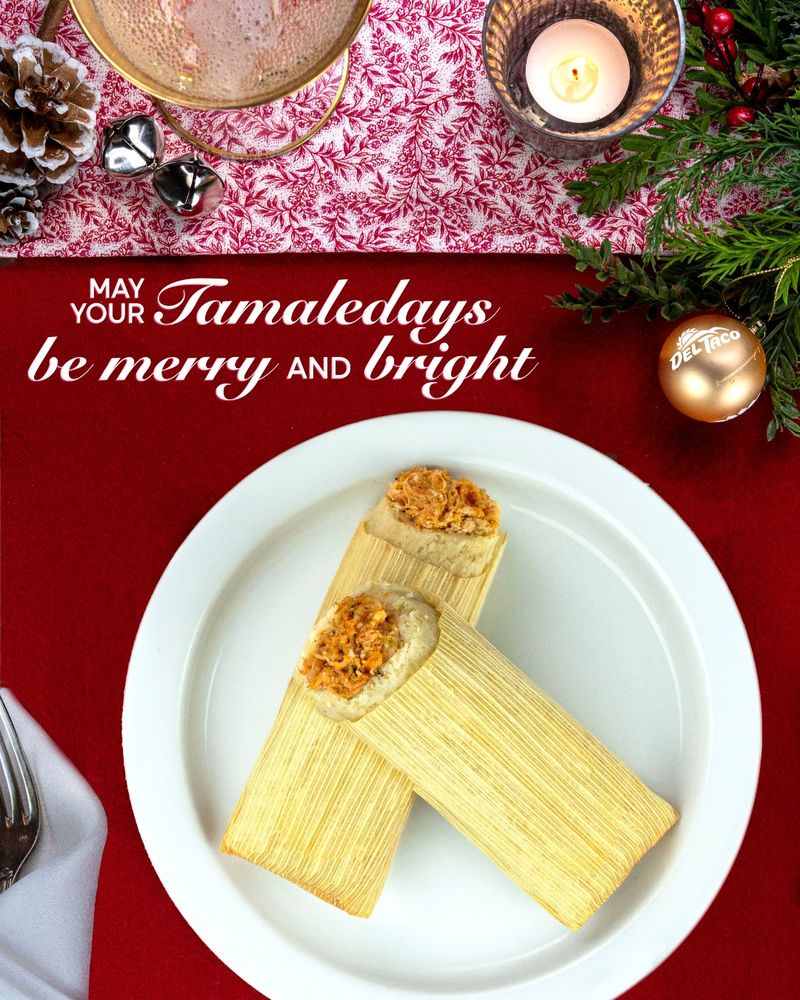 Del Taco's new Shredded Pork Tamales are sold individually, in pairs, or in a handy pack of four. The tamales themselves are authentically made with seasoned shredded pork, stone-ground corn masa, and fire-roasted salsa, hand-wrapped in a corn husk. The tamales can be enjoyed on their own or smothered. Those who opt for smothered tamales can choose between a topping of red sauce, green sauce, sour cream, and cilantro, or a blend of chili, cheddar cheese, and sour cream.