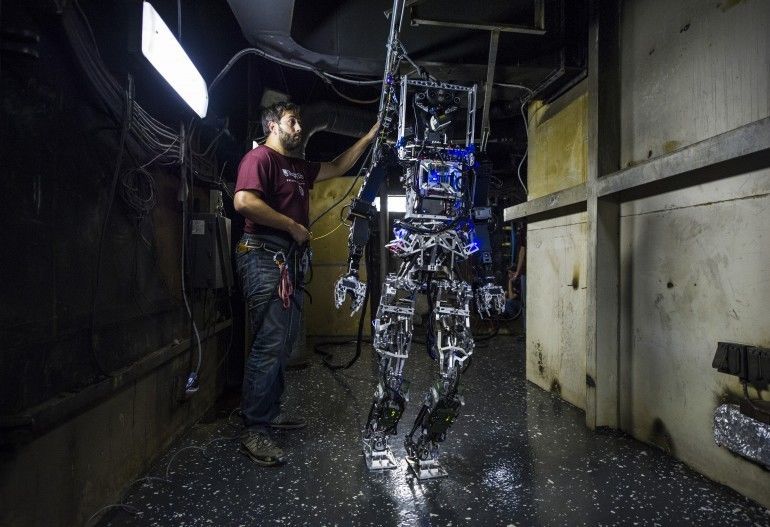 Rahul Kalvapalle — February 6, 2015 — Tech
References: cmu.edu & gizmag
Share on Facebook Share on Twitter Share on LinkedIn Share on Pinterest
The Shipboard Autonomous Firefighting Robot is a robot, being developed by the US Office of Naval Research, which -- as its name suggests -- will be used to fight fires that break out inside ships and other naval vessels. The robot may itself be aided by an autonomous drone.

The way it will work is that the drone will be sent into dark, smoke-filled hallways and will fly around looking for fires. When it spots a fire, it will transmit its location to the Shipboard Autonomous Firefighting Robot, which will arrive at the location.

In demos, the drone was able to fit inside the ship's 26-inch-wide hatches. However, this required the use of small propellers, reducing the drone's efficiency. However this is one of many areas being addressed by the robot's developers.
2
Score
Popularity
Activity
Freshness
Access Advisory Services