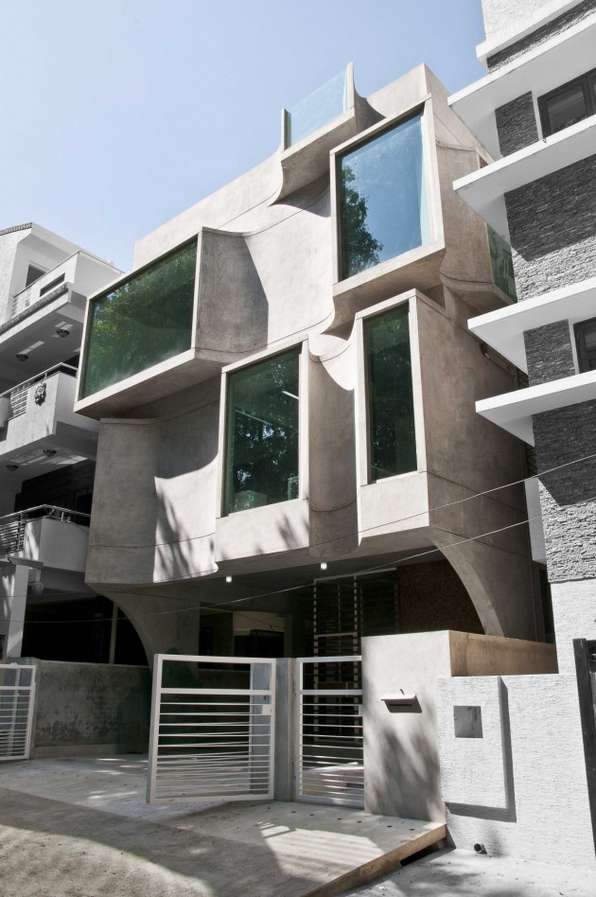 The Shipara Office Building Slopes Like a Vertical Skate Park

Meghan Young — February 18, 2013 — Art & Design
References: sdeg.in & contemporist
Share on Facebook Share on Twitter Share on LinkedIn Share on Pinterest
The Shipara Office Building has an eye-catching facade. The windows protrude in such a way that it recalls a contemporary skate park. Essentially, the concrete slopes as though it were a series of vertical ramps. Unfortunately, unless a skateboarder is able to defy gravity, these 'ramps' were created just for looks.

Designed by architecture firm SDeG, the Shipara Office Building was built in Bangalore, India. According to the designers, "The site faces a civic park, urging the volume to be drawn towards it; causing the openings to stretch outwards, veer to the left and right to capture defined views of foliage and tree tops." Like craning necks, the windows' protrusions simply want to gain the best perspective of what's going on to be part of the action.
3
Score
Popularity
Activity
Freshness
View Innovation Webinars