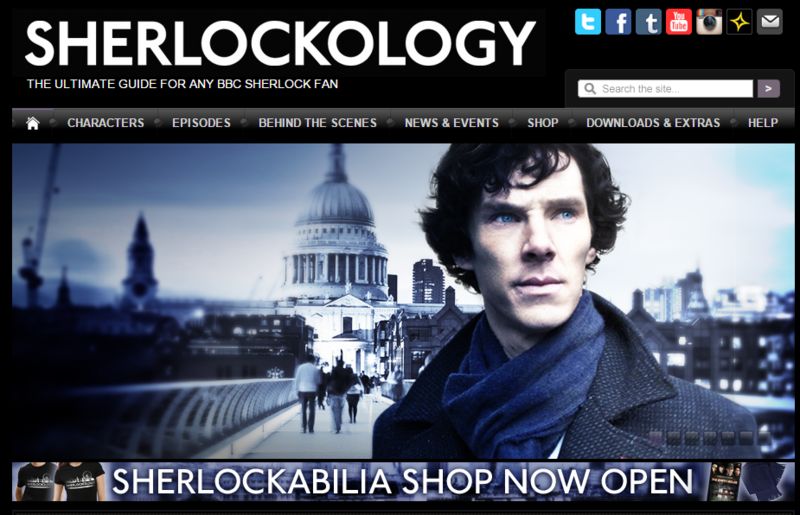 Sherlockology is the Ultimate Destination for BBC Sherlock Fans

Meghan Young — October 9, 2014 — Pop Culture
References: sherlockology & shortyawards
BBC's television show 'Sherlock' has been such a success that one devoted fan has created Sherlockology. Sherlockology is a website that acts as a comprehensive guide for the show. Although there are similar endeavors for other programs, Sherlockology has proven to be so helpful and insightful, that it won an accolade from the Shorty Awards two years in a row.

Sherlockology allows fans to delve deeper into the BBC television show, enjoy fun behind-the-scene segments as well as recap episodes in order to come away with more information. As any avid fan of the Sherlock franchise knows, there is more than meets the eyes when it comes to mystery plots and unique characters. In addition to that, Sherlockology posts related news and events for fans to indulge in.
1
Score
Popularity
Activity
Freshness