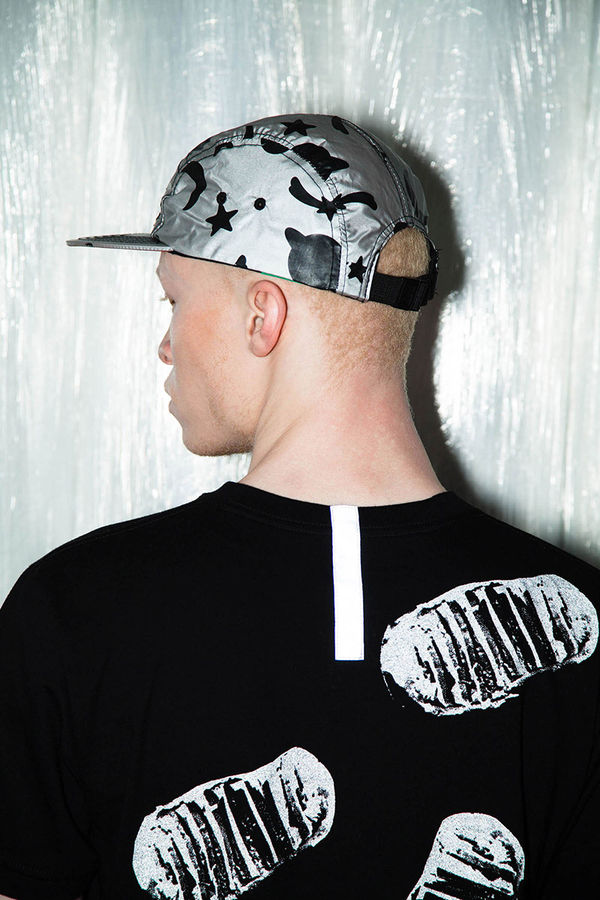 This B WOOD Lookbook is Called Astronauts and Features Shaun Ross

Lacey-Jane Walsh — January 18, 2014 — Fashion
References: brianwoodonline & fuckingyoung.es
The new B WOOD lookbook is titled 'Astronauts' and features actor Shaun Ross modeling a number of space themed outfits. This collection is filled with hats, hoodies, sweatshirts, t-shirts and other casual attire. The Astronauts collection has a youthful feel to it, making it perfect for teens or early twenty-somethings.

Some of these shirt designs incorporate stars, and some feature prints resembling astronaut footprints. One of these spaced out sweatshirts features what appears to be a German Sheppard wearing an astronaut's helmet printed on the front. There's an eye-catching silvery hat in this lookbook, covered in the outlines of black stars and planets.