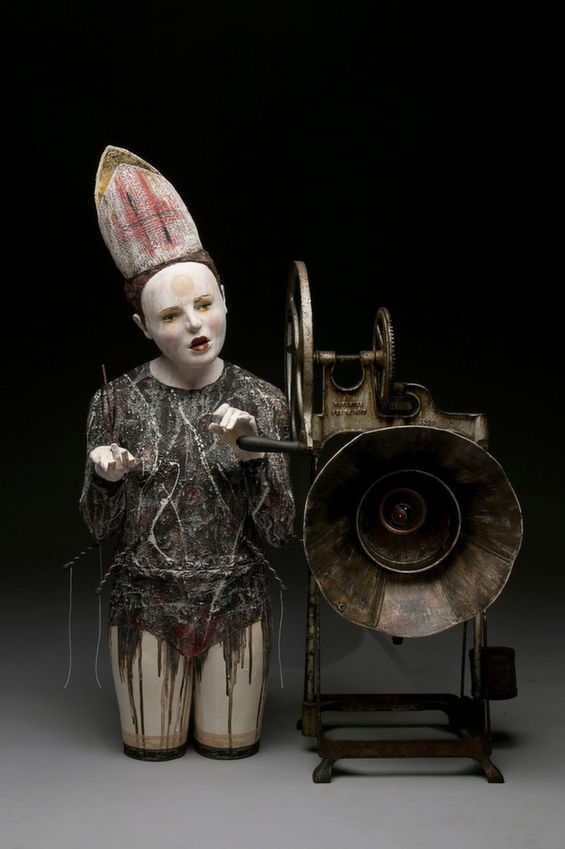 Shadow Circus by Kirsten Stingl is Full of Dark Narrative

Meghan Young — February 13, 2014 — Art & Design
References: kirstenstingle & beautifuldecay
Share on Facebook Share on Twitter Share on LinkedIn Share on Pinterest
There is a strong current of emotions underlying the Shadow Circus series that has much to do with the inspiration behind it. Created by Kirsten Stingle, an artist based in Atlanta, Georgia, the Shadow Circus series is made up of ceramic sculptures that draws on her extensive training in the theater. By doing so, a narrative is built around each piece, albeit a dark and creepy narrative.

From skull cars to expressions of disgust and mismatched legs, the Shadow Circus series is chock full of disturbing imagery that might give people nightmares, in only the good cathartic sort of way, of course. Beautiful Decay writes, "Stingle impressively avoids the performative, and her painfully still works appear as if frozen, on the verge of animation."
2.7
Score
Popularity
Activity
Freshness
View Innovation Webinars