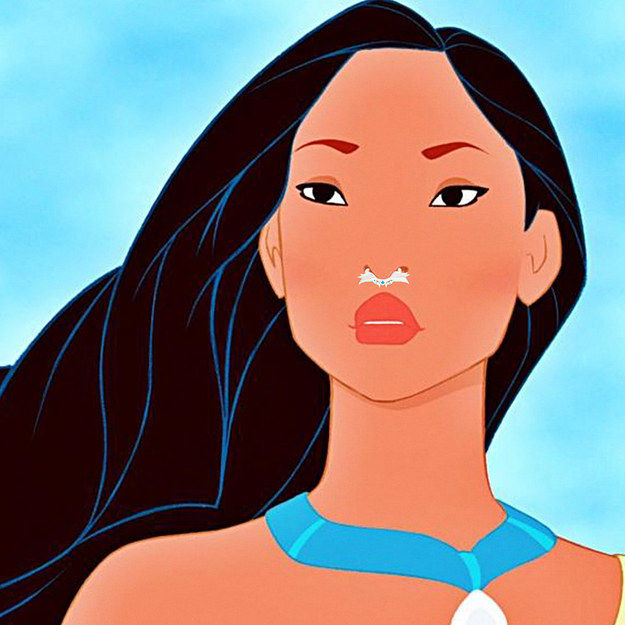 This Series Depicts the Iconic Heroines with Septum Piercings

Katherine Pendrill — October 15, 2015 — Pop Culture
References: buzzfeed
Buzzfeed writers Andrew Richard and Isaac Fitzgerald recently gave the Disney princesses an unusual makeover by giving them septum piercings. The iconic princesses have undergone many different changes over the years and now we are finally getting a glimpse of what they would look like if they had facial piercings.

Using screenshots from classic Disney films and a little bit of Photoshop, Richard and Fitzgerald show us what the famous heroines would look like if they has pierced noses. Each scene depicts a different princess with a striking facial piercing. While some of the piercings are subtle, others are rather prominent. For example, Jasmine’s golden hoop is almost unnoticeable, while Aurora’s spiky black nose ring is quite pronounced.

The quirky illustrations allow us to imagine what the iconic princesses would look like striking facial piercings.
7
Score
Popularity
Activity
Freshness