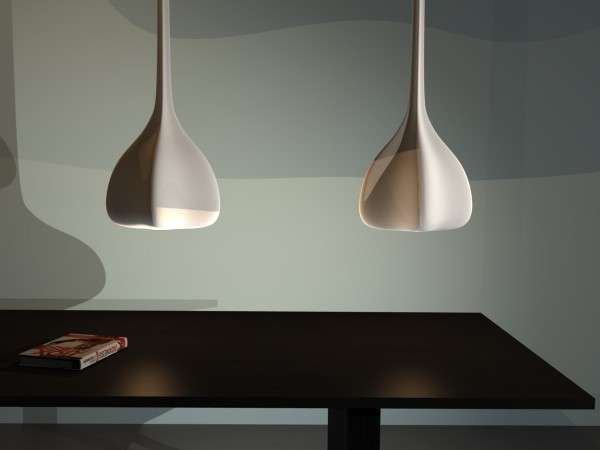 Meghan Young — March 1, 2013 — Art & Design
References: joericlaeys & plusmood
Share on Facebook Share on Twitter Share on LinkedIn Share on Pinterest
The Seed Pendent Lamp strikes a beautiful balance between contemporary sleekness and organic elements. As its name clearly suggests, it appears to have been inspired by the husk of some kind of seed. The light fixture is also influenced by one of the designer's previous creations, the Stalasso pendent lamp, which was inspired on a dripping stalactite. Nevertheless, the Seed Pendent Lamp's more natural form allows for a diffusion of warmer light.

Designed by Joeri Claeys, an industrial designer hailing from Ostend, Belgium, the Seed Pendent Lamp comes in two versions. The first hangs normally from the ceiling, opening up on the bottom for a directed glow while the second attaches both to the ceiling and floor, which allows the light the seep through the material it is made out of.
2.9
Score
Popularity
Activity
Freshness
Get Better and Faster