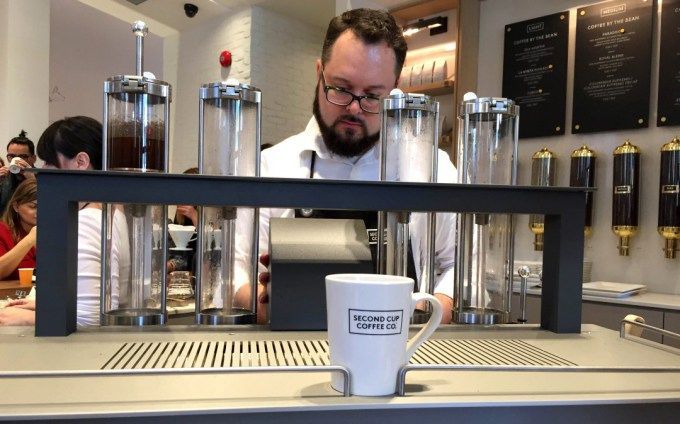 Second Cup Debuts 'Cafe of the Future' in Toronto

Meghan Young — December 5, 2014 — Art & Design
References: secondcup & onada
Share on Facebook Share on Twitter Share on LinkedIn Share on Pinterest
As the Canadian coffee culture continues to grow, it is becoming more important to stay on the cutting edge in order to remain one step ahead of the competition; Second Cup has managed make more than one step with its newest coffee shop, which was recently unveiled in Toronto, Canada. The 40-year-old company hopes to be around for another 40 years by taking on the 'cafe of the future,' as it has dubbed its latest location.

With a laboratory look and the addition of a slow bar, Second Cup introduces a sleeker and cleaner brand that will “blend art and science for the ultimate cup of coffee," says president and CEO Alix Box. Inspired by the influx of independent coffee shops, Second Cup proves that reinvention is a key move for continued success.
4.3
Score
Popularity
Activity
Freshness
Get Trend Hunter Dashboard