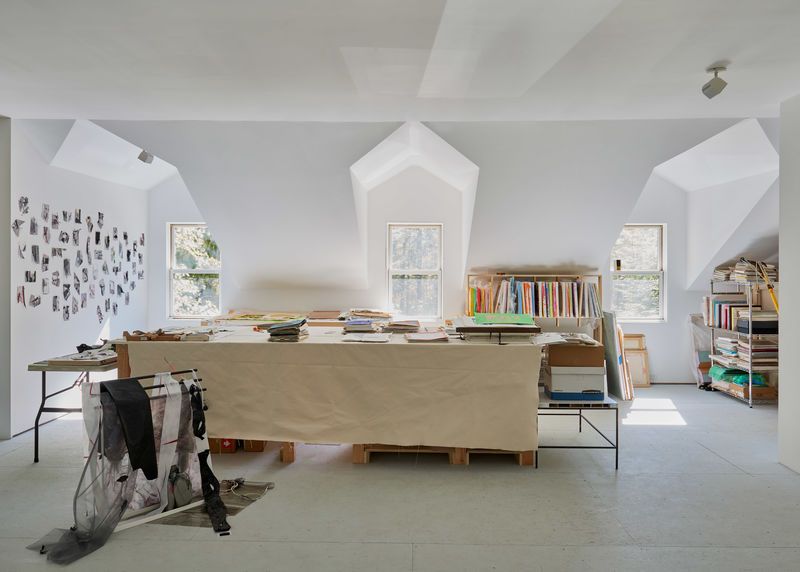 The silhouette of the building is adventurous. While from one side it appears that the design of the sculptural studio is square, from the other — it is completely asymmetrical. The aesthetics, both in proportion and natural light, are intended to "facilitate [the artist's] creative process."

The O'Neill McVoy Architects project is named 'Double Square Studio.' The functional space already connected to an existing art studio, which is shared by Penn and the painter Stephen Maine.

Internally, the studio relies on an open-concept, with windows that share views of the forest. This feature, without a doubt, provides tranquility and a subtle connection to nature that is able to spur creative growth.