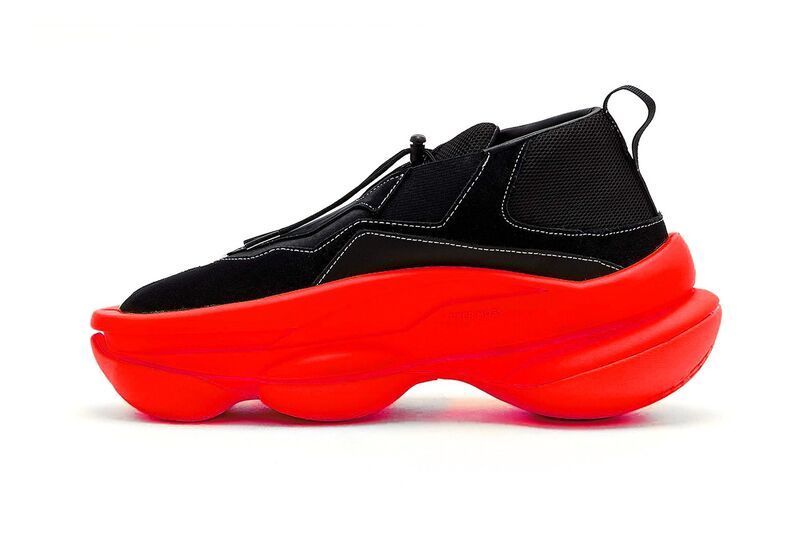 Niko Pajkovic — October 11, 2021 — Fashion
References: pyermoss & hypebeast
Share on Facebook Share on Twitter Share on LinkedIn Share on Pinterest
After years of collaborating with Reebok on innovative sneaker designs, Pyer Moss -- an experimental fashion label founded by Kerby Jean-Raymond -- launched its own in-house shoe in 2020 called the 'Sculpt.' Now, about one year later, the brand has unveiled the 'Sculpt' in a striking red and black colorway.

Like the original design, the shoe's uppers are constructed with mesh underlays and suede overlays; both delivered in a stark black hue. The bottom half of the sneaker, which consists of a chunky rubber platform, is dressed in an almost neon red. Providing contrast, the uppers present broken, white stitching -- a subtle addition that adds balance to the silhouette's bold and bright colorway. In addition, the new red and black 'Sculpt' comes equipped with the same unique toggle lacing system as the original model.