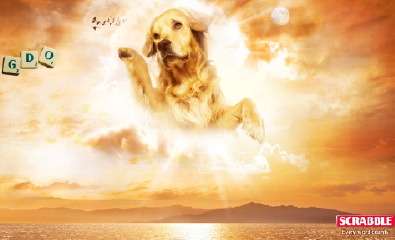 It turns out, Scrabble wasn't too excited about the application. The company behind the original board game say the Facebook version is a copyright violation and have asked the social networking site to take it down.

The Scrabulous application let users challenge their friends in an online version of the famous game. There are currently 600,563 daily active Scrabulous users. That will be a lot of disappointed scraddicts.

"Letters have been sent to Facebook in the United States regarding the Scrabulous application," a British Mattel spokeswoman told Reuters.

"Mattel values its intellectual property and actively protects its brands and trademarks.

"As Mattel owns the rights to the Scrabble trademark outside the United States and Canada, we are currently reviewing our position regarding other countries."

Yikes! In a way, isn't it an intelligent way to get younger generations, who would likely otherwise not interact with the Scrabble brand, to familiarize themselves with the game?
1.3
Score
Popularity
Activity
Freshness
Get Trend Hunter Dashboard