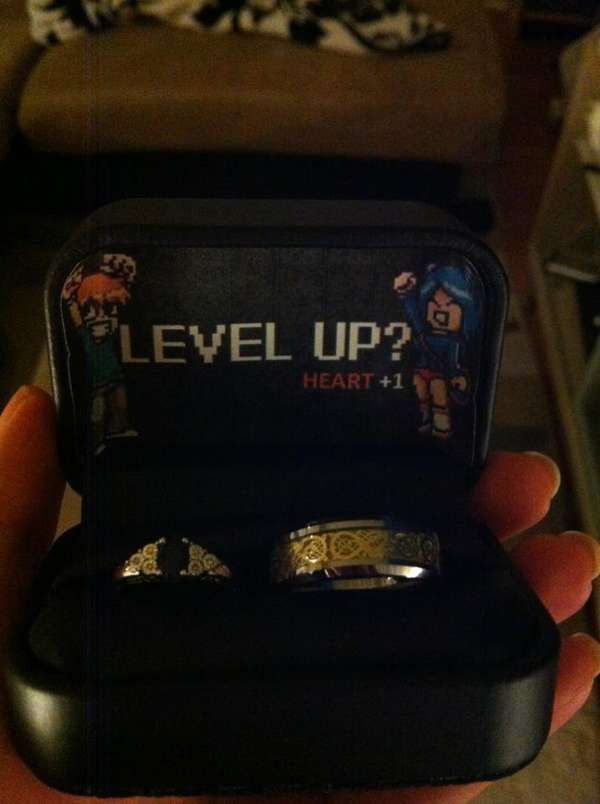 The Scott Pilgrim Proposal Creates a New Standard for Girlfriends

In the Scott Pilgrim graphic novels and movie, protagonist Scott Pilgrim must fight off seven evil ex-lovers in order to win over the girl of his dreams. However, instead of making him fight a bunch of former flames, proposing_gf sent her boyfriend Dylan on a Scott Pilgrim-themed scavenger hunt while visiting Toronto.

Upon arrival in Toronto, Dylan was given a series of envelopes, each of which contained a page from one of Bryan Lee O'Malley's Scott Pilgrim comics. He then had to traverse the streets of Toronto and visit all of the real life locations depicted in the comics, like Lee's Palace, Pizza Pizza and Sneaky Dee's.