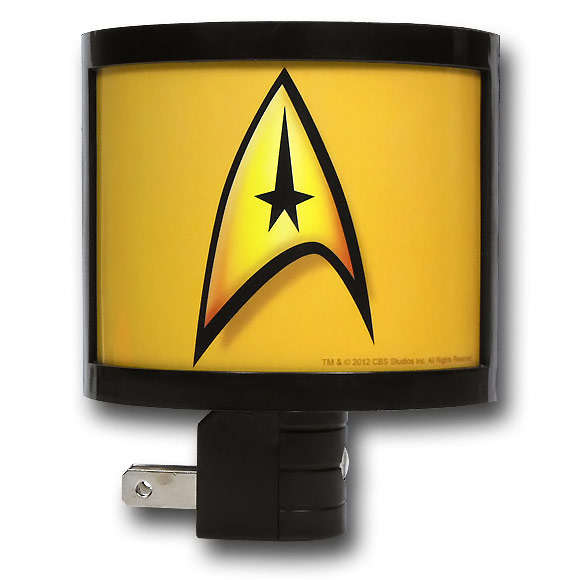 Tana Makmanee — March 8, 2013 — Art & Design
References: superherostuff & geekalerts
If you're a Star Trek fanatic and looking for some cool pieces of memorabilia to add to your room, then these Sci-Fi night lights are a great way to pay tribute to this super popular franchise.

Rather than showcase some iconic figures and characters from the show, this Sci-Fi night light rather features the well-known Star Trek command insignia, which fans of the show will instantly recognize. This nerdy piece of illumination is perfect for anyone looking to provide some light in their rooms at night, while showing off their appreciation for the Sci-Fi genre.

While night lights are often associated with items we would normally use as children, this Star Trek-inspired design is something that can appeal to all ages, just as long as they have an appreciation for this popular Sci-Fi series.
0.5
Score
Popularity
Activity
Freshness