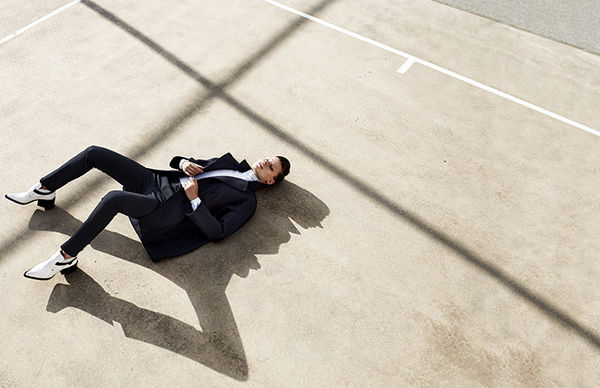 Meghan Young — December 6, 2013 — Fashion
References: schonmagazine & fashiongonerogue
Share on Facebook Share on Twitter Share on LinkedIn Share on Pinterest
If there ever was a season for menswear-inspired outfits, it would be the winter season as the Schon Magazine Winter 2013 editorial advocates. Full of skin-covering layers, the looks are at once sharp and sexy. It is hard not to think of women wearing men-influenced ensembles as anything but. Of course, it doesn't hurt that model Bekah Jenkins owns the looks.

Titled 'Court Manners,' the Schon Magazine Winter 2013 editorial was lensed by photographer Zoltan Tombor. It was captured on outdoors where he could bring geometric and architectural backdrops into play. The looks were put together by stylist Gus Romero, who clad the brunette beauty in the likes of Yohji Yamamto, Helmut Lang, Brunello Cucinelli and Jil Sander. They were perfected by hair stylist Jon Ruidant and makeup artist Robert Greene.
3.1
Score
Popularity
Activity
Freshness
Access Advisory Services