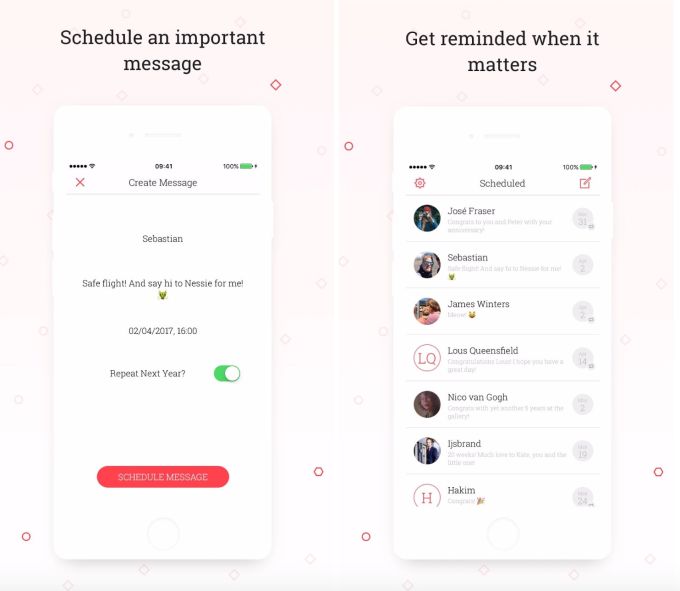 Joey Haar — March 30, 2017 — Tech
References: itunes.apple & techcrunch
Share on Facebook Share on Twitter Share on LinkedIn Share on Pinterest
The Scheduled app addresses one of the unforeseen shortcomings of text messaging as a communications medium. Though the obvious benefit of text messaging is that it allows people to send out smaller exchanges without having to connect with someone immediately via a call, no common text messaging apps have functionality that allows for storing messages. With the Scheduled app, users can store drafts like on other services such as Twitter, and they can schedule reminders to send those drafts in the future.

While Scheduled isn't capable of automatically sending pre-written texts, it lets users schedule push notifications so that they can send the messages manually at the desired time. This lack of automated sending is partly a due to a technical barrier, but it also comes from Scheduled's creators' resistance to the idea of people sending out mass, spammy texts.
3
Score
Popularity
Activity
Freshness
Access Advisory Services