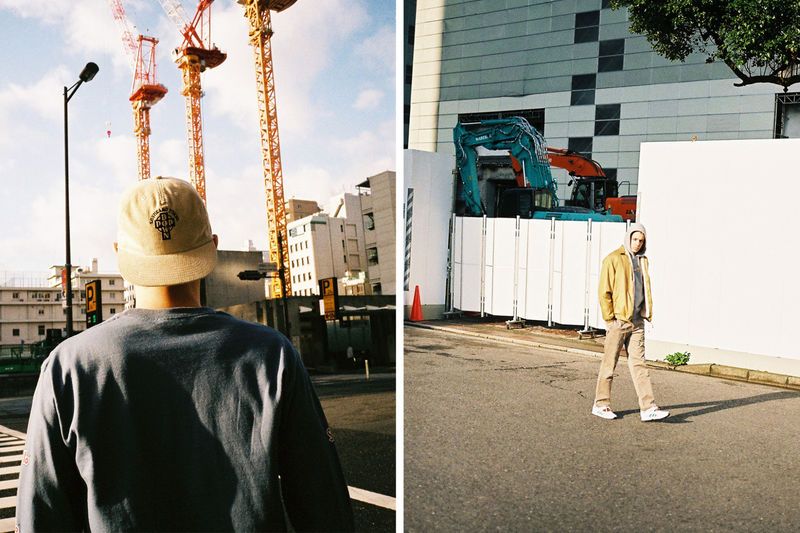 SAYHELLO's Fall/Winter Series Was Presented with an Urban Editorial

Riley von Niessen — November 16, 2016 — Fashion
References: sayhellotokyo & hypebeast
Share on Facebook Share on Twitter Share on LinkedIn Share on Pinterest
Just a short while ago, Japanese streetwear label SAYHELLO launched its Summer 2016 line. The pieces were promoted with a vintage-styled lookbook, helping to highlight the motifs that the graphics on many of the pieces drew from. Throughout this selection, statement typography and colorful large-scale imagery decorated garments. For SAYHELLO's more recently released Fall/Winter 2016 line however, a slightly more simplistic aesthetic takes over. Like the editorial for its former seasonal release, SAYHELLO focuses on an urban backdrop.

In doing so, the Japanese streetwear label is able to tribute where much of its inspiration came from, while generating captivating imagery that's likely to entice potential consumers. In addition, many of the garments include "TOKYO" on their backs, making this even more clear.
6.3
Score
Popularity
Activity
Freshness
Access Advisory Services

Co-Branded Soda Streetwear
This Coca-Cola Collaboration was Done with F.C.R.B.