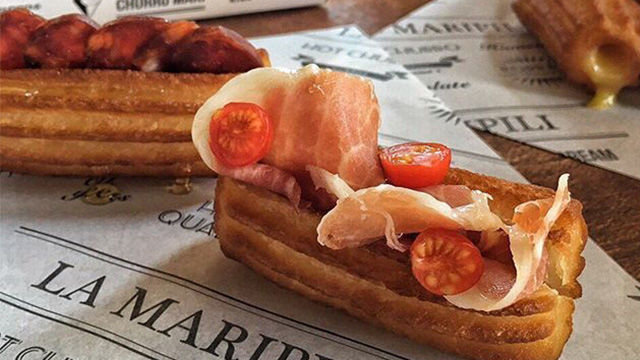 La Maripili is Reinventing the Churro with Chorizo and Tomatoes

Rather than serving these deep-fried dough sticks upright as most do, this reinterpreted churro dish is served on its side in a manner that reminds of a hot dog. With a slice lengthwise across the churro, there is space for it to be filled with savory ingredients such as jamón serrano, baked cherry tomatoes and Spanish chorizo that's topped with a drizzle of honey.

Although the churro is typically thought of as being a sweet Spanish dessert, its dough is versatile enough to be used as a satisfying base for savory dishes as well, as La Maripili aptly proves.
2
Score
Popularity
Activity
Freshness
Access Advisory Services