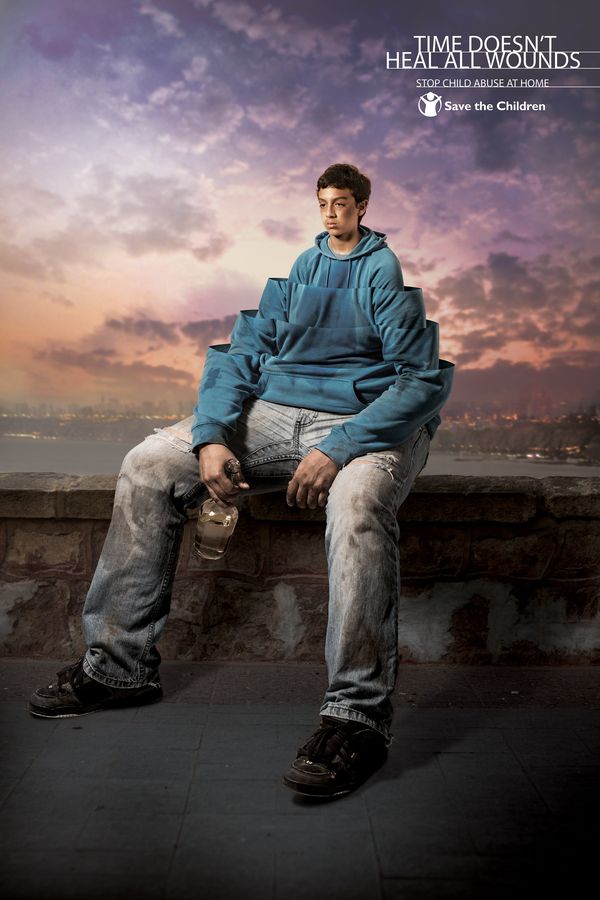 Meghan Young — March 6, 2014 — Marketing
References: mccann & adeevee
Share on Facebook Share on Twitter Share on LinkedIn Share on Pinterest
The Save the Children 2014 ad campaign is a nesting doll of despair. As though inspired by the traditional Matryoshka doll, it depicts the legs of an adult and head of a child. Although inside is an innocent soul, on the outside is a lost one. Whether that is depicted as a drunk or as a sex worker, it shows that "time doesn't heal all wounds," as stated by the tag line.

Conceived and executed by McCann Erickson, an ad agency based in Lima, Peru, the Save the Children 2014 ad campaign was art directed by Giovanni Macco with creative direction by Mauricio Fernandez-Maldonado and Nicolas Romano. The pessimistic images, which encourage people to stop child abuse, were shot by photographers Leonel Ortiz and Alvaro Soto.
4.5
Score
Popularity
Activity
Freshness
View Innovation Webinars