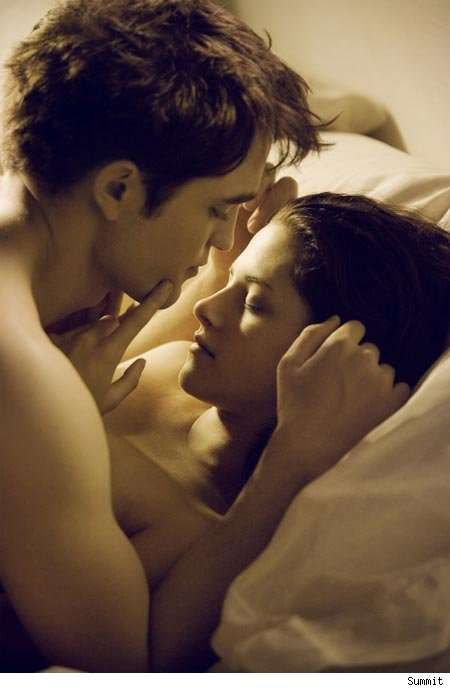 In the scene, characters Bella and Edward (Kristen Stewart and Robert Pattinson) are seen in the nude in their honeymoon consummating their long-anticipated marriage.

Twilight fans will have to wait until November 11, 2011 to see the release of the blockbuster.