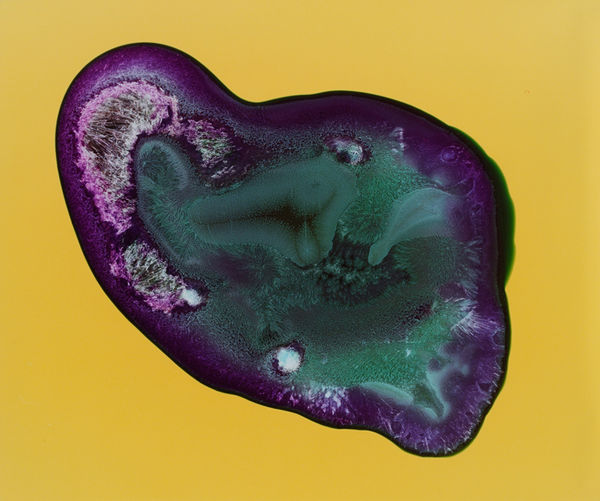 The photographer "squeezed drops of various legal and illegal liquid drug mixtures onto negative film which had already been exposed" to create these visually striking art works that resemble natural mineral forms.

With each added drop, Sarah Schonfeld's film was altered and transformed into something unexpected. Much like their effect on this film material, these drugs are known to have harmful effects on humans, often leading to dependencies and addiction. Substances captured by the artist include speed, MDMA, ketamine, valium, opium and heroin. Once finished, the compositions were enlarged on immaculate canvases that measure up to 160 by 200 cm in size.