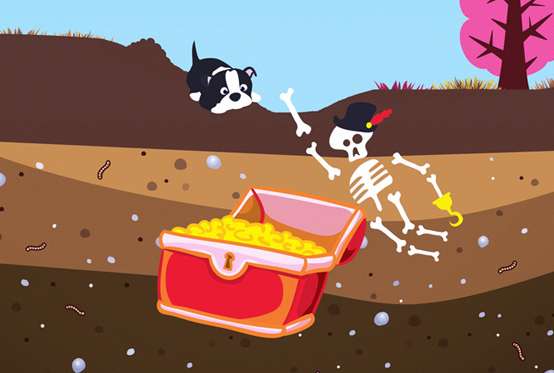 Amelia Roblin — August 11, 2011 — World
References: novasb.br & adsoftheworld
Perhaps the prospect of companionship was not deemed persuasive enough for the Brazilian public, because these Sao Paulo City Hall ads appear to be taking a different route to encouraging animal adoption. The NovaS/B advertising agency has illustrated a pair of endearing cartoons to demonstrate another reason why getting a dog is a delightful idea.

The two prints are both based on canines' instincts to dig up dirt, and the observer has been provided with an expansive view of what can be found beneath each creature and several layers of soil. In the first, the pup happily turns over grass which will conveniently lead to the discovery of a natural oil reservoir. In the second of the Sao Paulo City Hall ads, the dog discovers a bone which is connected to a pirate skeleton above a treasure chest. Apparently one could become a millionaire if he takes in an abandoned animal.
2.6
Score
Popularity
Activity
Freshness