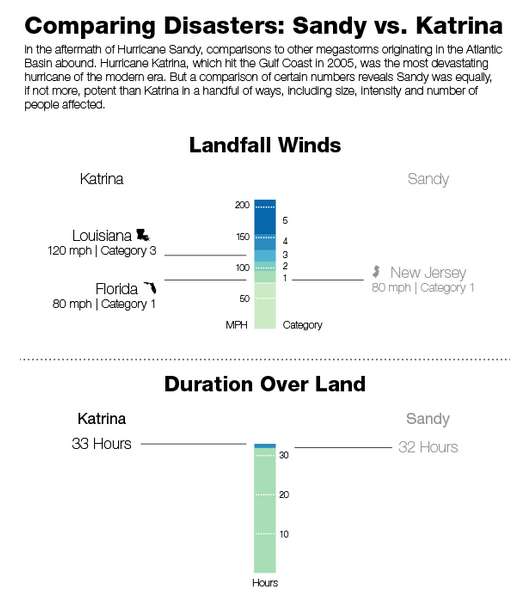 The Battle Between Sandy vs Katrina Continues

Erin Fox — November 7, 2012 — World
References: huffingtonpost & holykaw.alltop
As far as natural disasters are concerned, the debacle over Hurricane Sandy vs Katrina is hot on the tongues of the American people. Both are tragic events, however in this infographic one can determine which natural disaster was worse. Both hurricanes were treated with care as 1 million people were evacuated for Katrina and 850,000 people were evacuated for Sandy. Both storms had similar amounts of rainfall and barometric pressure. However, the statistics lead to Katrina taking the title as the most devastating of hurricanes.

When comparing Hurricane Sandy vs Katrina, one must take into account to death toll, monetary costs and the number of people displaced. This infographic highlights everything from the number of states affected to how fast it took the President to respond.
4.7
Score
Popularity
Activity
Freshness