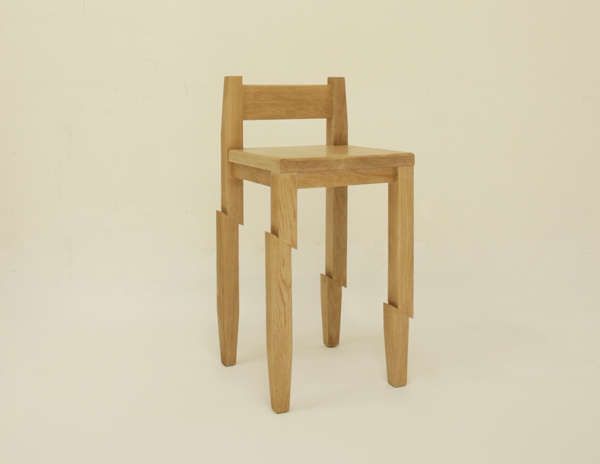 Meghan Young — January 29, 2013 — Art & Design
References: moondiii & yankodesign
Share on Facebook Share on Twitter Share on LinkedIn Share on Pinterest
At first, the Samurai Chair looks as though it is a manipulated image. The disjointed legs of the seat appear to be a computer glitch. Upon learning it is a real cut, the illusion changes. As its name suggests, the Samurai Chair now seems to be the victim of a sword cut, specifically the strike of a katana.

Created by Korean designer Seo Young Moon, the Samurai Chair is a simple wooden seat that might appear to be sliced in the legs, but is actually capable of holding up to 330 pounds. The designer herself hops on top of it to show people how sturdy it is. Granted, she is certainly nowhere near 330 pounds. Nevertheless, it is clear that the Samurai Chair is expertly assembled.
4.1
Score
Popularity
Activity
Freshness
Jeremy Gutsche Keynote Speaker