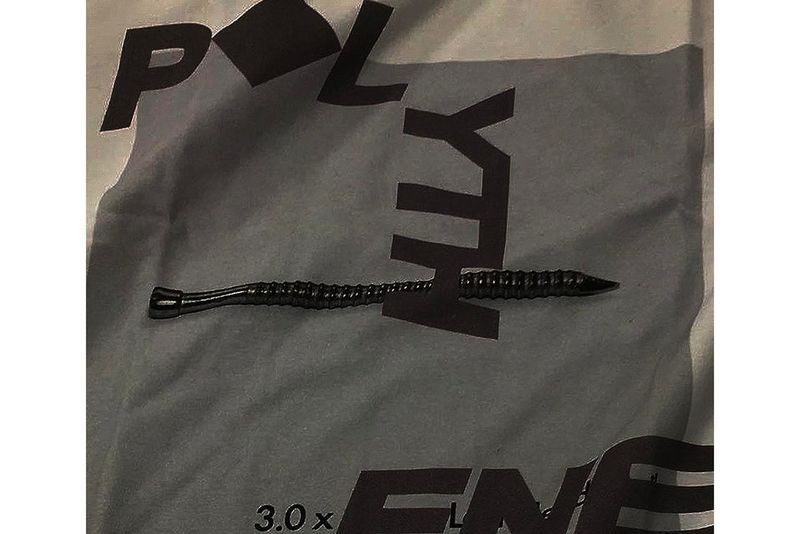 Although little about the POLYTHENE* OPTICS launch is currently known, the designer released a series of close-up shots of some of the designs, which reveal bold branding that covers much of the garments in futuristic box lettering, and obscure graphics that show large screws imprinted onto the pieces.

Ross explained the collection in comparison to its sister label by saying, "It’s intense, offsetting the delicate, concise nature of A-COLD-WALL* with the hyper graphic brash reactionary nature of POLYTHENE* OPTICS."