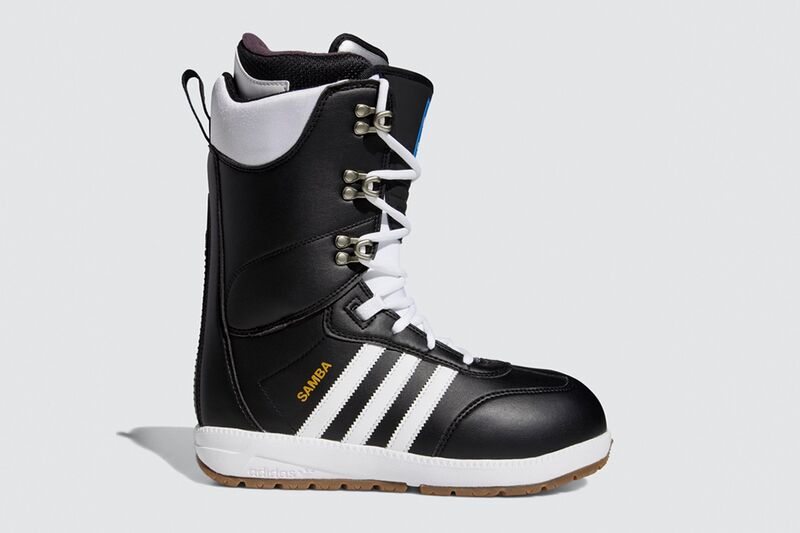 The boots feature bold adidas branding on the tongue with a blue and white tag that showcases its classic logo, as well as with its triple stripe branding that included on either side of both boots in white. As the model's name suggests, the boots take style cues from adidas' 'Samba; silhouette, which were originally launched as a soccer shoe and later adapted for streetwear style. Like the Samba shoe, the Samba ADV Boots features a simple black and white colorway, with gold lettering that spells out "Samba" decorating the sides.