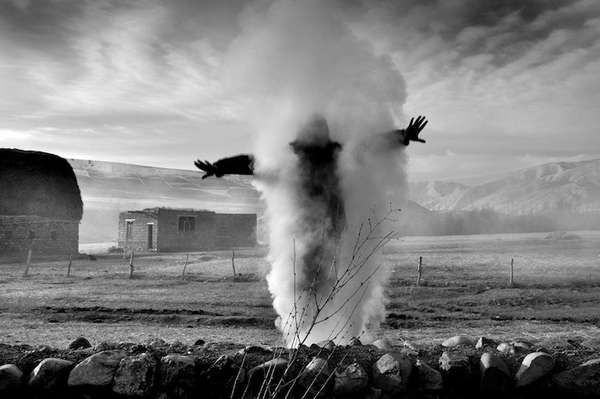 Meghan Young — August 30, 2012 — Fashion
References: facebook & mymodernmet
Samad Ghorbanzadeh, a fine art photographer, crafts surreal images that are subtly creepy. Shooting entirely in black and white, his subjects are often lost and alone, which can often be considered one of the scariest thoughts on earth. To add to that, Samad Ghorbanzadeh has created surreal scenes that are straight out of a dream, or more like a nightmare.

Based in Azerbaijan, Iran, Samad Ghorbanzadeh often depicts open, endless landscapes such as the ones that most likely surround his region. Mysterious and chilling, the mesmerizing images provokes thoughts and self-reflection. With series such as Fictional Reality, Daily Dream and Gray Nightmares, Samad Ghorbanzadeh's work is very introspective. Often his subjects' faces are hidden, allowing his audience to superimpose their own face onto them.
5.8
Score
Popularity
Activity
Freshness