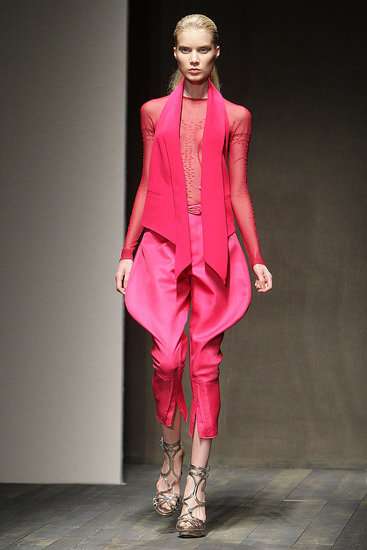 Granted, history and fashion does repeat itself, but the Salvatore Ferragamo Spring 2010 line, consisting of ill-fitting jumpers and oddly shaped garments combined with the colorful pantaloons, is something that only the truly eccentric could get away with wearing.

Implications - These statement-making styles would definitely be a hit in urban areas, and ensure you stand apart from the crowd. Pull on these whimsical pantaloons and strut your stuff.
0.9
Score
Popularity
Activity
Freshness
Get Better and Faster