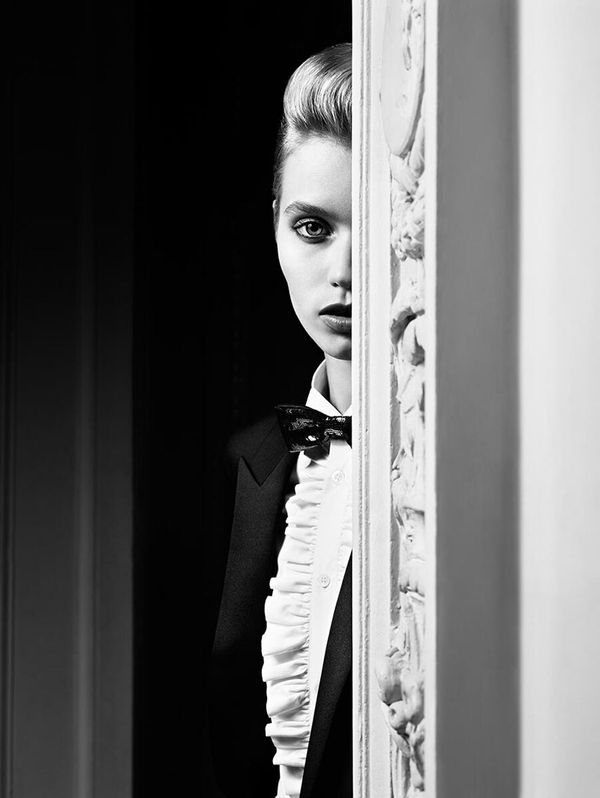 Meghan Young — May 14, 2014 — Fashion
References: ysl & fashiongonerogue
Share on Facebook Share on Twitter Share on LinkedIn Share on Pinterest
The Saint Laurent Le Smoking ad campaign shows women that they can be just as dapper as any man. It helps if they have as chic a tuxedo as the one featured in the photoshoot. It is, after all, promoting the Le Smoking jacket that has been tailored to have a slim fit for women. The French label appears to be channeling the iconic style of another French designer, Coco Chanel.

Starring model Abbey Lee Kershaw, who recently appeared in the brand's eyewear campaign, the Saint Laurent Le Smoking ad campaign is also shot entirely in black and white. The photoshoot was lensed by creative director Hedi Slimane, who accentuated the androgynous look with a stark yet luxurious backdrop.
5
Score
Popularity
Activity
Freshness
Get Better and Faster