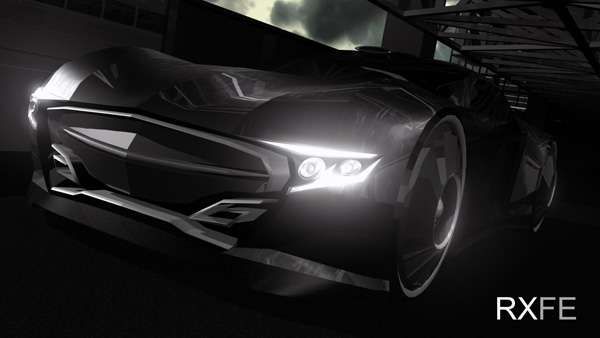 Meghan Young — June 12, 2011 — Autos
References: sfu & yankodesign
Share on Facebook Share on Twitter Share on LinkedIn Share on Pinterest
As far as electric cars go, they often look as they were made for one's grandmother, but not the RXFE Concept Car. This mean machine has a sporty edge that everyone including Batman would appreciate. Dark and dramatic, it seems fit for both superheroes and villains.

Designed by Henry Wang, the RXFE Concept Car shows just what a modern successor to the iconic rotary-powered RX7 might look like. It is equipped with four hub-mounted electric motors that work with the rotary engine to form a hybrid power drive.

There is something very retro about its absolutely masculine, two-door design. In fact, it reminds me very much of the sports cars from the 90s, of course, with a futuristic feel to it.
2.9
Score
Popularity
Activity
Freshness
Access Advisory Services

Roofless Roadsters
The BMW 328 Hommage is Pure Style and History