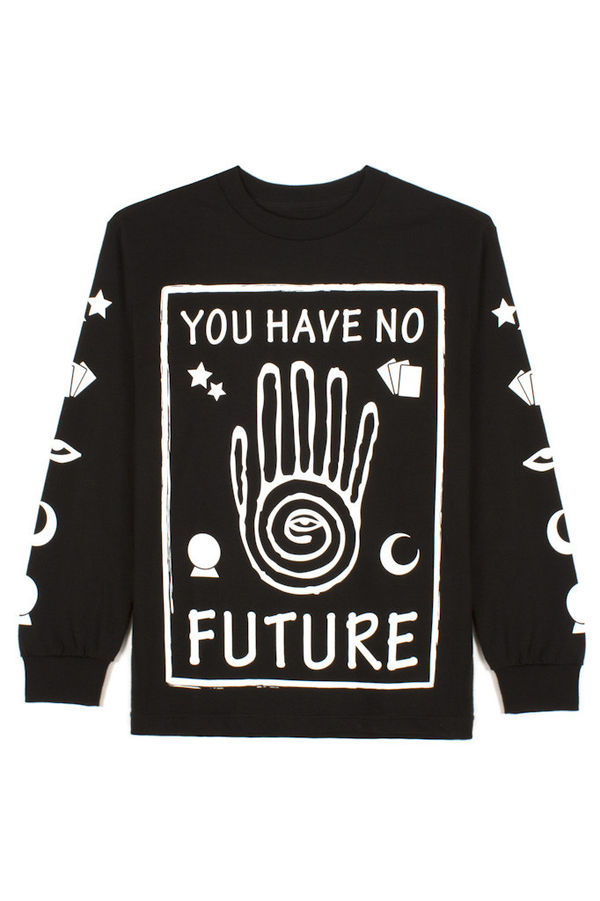 The Brand Rude Clothing Reveals Unkind Futures Through its Fashion

Ashley Noelle Lesiak — November 11, 2013 — Fashion
References: vfiles & vfiles
Share on Facebook Share on Twitter Share on LinkedIn Share on Pinterest
Rude clothing removes any doubt about your future. This black and white sweatshirt from design collective ‘1992’ helps you tell haters exactly where they’re going and what you think of them. Decked out in psychic images and Egyptian designs such as cards, crescent moons, crystal balls, all-seeing eyes and Egyptian iconography, this shirt definitely knows what it’s saying.

Despite the mystic motifs, this snarky style has a bit of a 90s grunge thing going on, hence the name of the label ‘1992.' It’s cool for chilling in or confronting your enemies, but maybe don’t wear it to meet your girlfriend’s parents. This probably also isn’t the best gift for your emo little brother. Other than that, it’s perfect for hitting your enemies where it hurts, by telling them their sad truth and showcasing your sweet sense of style.