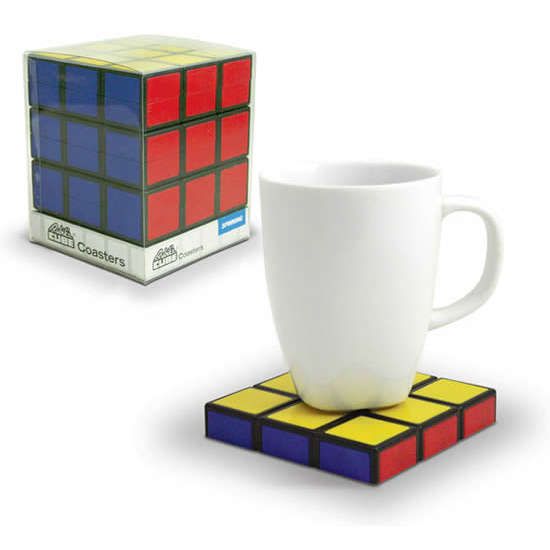 The Rubiks Cube Coasters Aren't as Confusing as the Logical Toy

Michael Hemsworth — February 1, 2013 — Art & Design
References: amazon & shutupandtakemymoney
Share on Facebook Share on Twitter Share on LinkedIn Share on Pinterest
If you're looking to add a little bit of logical flair, then the Rubiks Cube coasters are just the ticket. The box is the first visual treat because it would appear as though it contains nothing more than a standard logic game. However, upon opening it, a series of six thick coasters are revealed for pure complexing bliss.

To the naked eye, the Rubiks Cube coasters look like one of the standard toys was taken, sliced into several pieces and placed strategically around a table. In actuality, the coasters are geek-chic and ready for keeping a drink in place without causing any damage to a surface. It takes a certain sense of humor to place these Rubiks Cube coasters around a living room because of their bold color and eye-catching design, so make sure you're ready for the conversations once you place them down.
0.4
Score
Popularity
Activity
Freshness
Get Better and Faster