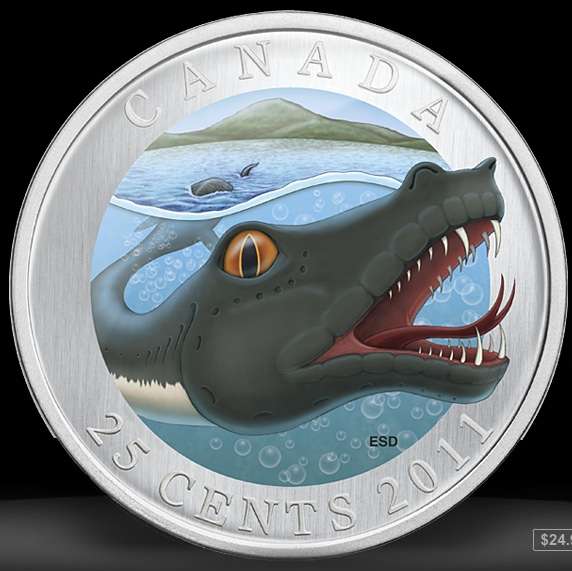 Omar Yusuf — September 20, 2011 — Art & Design
References: mint & io9
Share on Facebook Share on Twitter Share on LinkedIn Share on Pinterest
The Royal Canadian Mint is responsible for designing and producing each and every piece of legal tender that the Canadian public deals with. Recently, after centuries of boring logos and figureheads, the federal institution has opted to inject some fantasy and fun into the country's coinage.

The Royal Canadian Mint recently unveiled plans for new 25-cent coins adorned with mythic Quebecois beasts, including an underwater dragon and an aquatic lynx. The former, known as Memphré, was infamous among First Nations tribes, and was said to patrol the depths of Lake Memphremagog. Mishepishu, the seaborne lynx, terrorized the imaginations of Ojibwe tribes for centuries, and was believed to be the protector of Lake Ontario's precious copper.

You won't be spending these commemorative coins at the laundromat, however, as they'll set you back $25 a piece. If you'd like a slightly cheaper alternative, look for Canada's now-famous Sasquatch quarter.
1
Score
Popularity
Activity
Freshness
Jeremy Gutsche Keynote Speaker