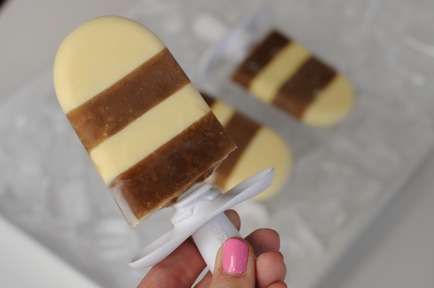 The Cupcakes and Cashmere Root Beer Float Popsicles are Nostalgic

The recipe, which is originally from a book called 'Ice Pops,' calls for some unusual ingredients, including eggs. Emily Schuman, the writer of 'Cupcakes and Cashmere,' takes beautiful photos of the creations she tries, and shot some gorgeous images of this tempting treat. Frothier and creamier than most popsicles, this is a rich take on frozen treats with more substance than many might expect from an icy dessert.

Though requiring more effort than the average popsicle, the homemade feel and fun process will appeal to many readers. Schuman used a flash-freezing popsicle device to get fast results on this recipe, but it can also be done using any traditional mold.
4.3
Score
Popularity
Activity
Freshness
Get the 2023 Trend Report FREE