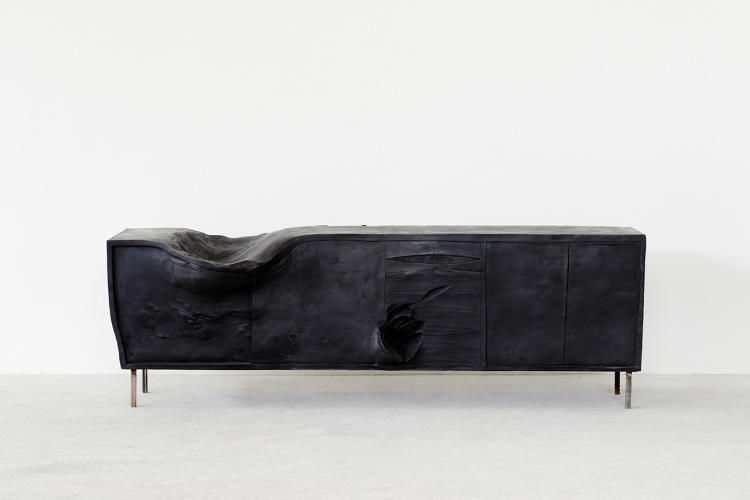 Wurm has shown time and time again that he loves playing with the theme of dysmorphia. Following his 2011 project -- where he reconstructed his childhood home into narrow funhouse-like proportions -- Wurm has unveiled the 'Lost' series, which features an overstuffed couch that looks as if it's melting, a lamp shaped like an overturned bucket as well as other barely recognizable pieces.

Wurm's creative process included modeling all of the objects in clay before distorting their form by smashing, stomping or walking on them. He finished off the pieces of living room furniture by casting them in bronze or polyester before painting them.