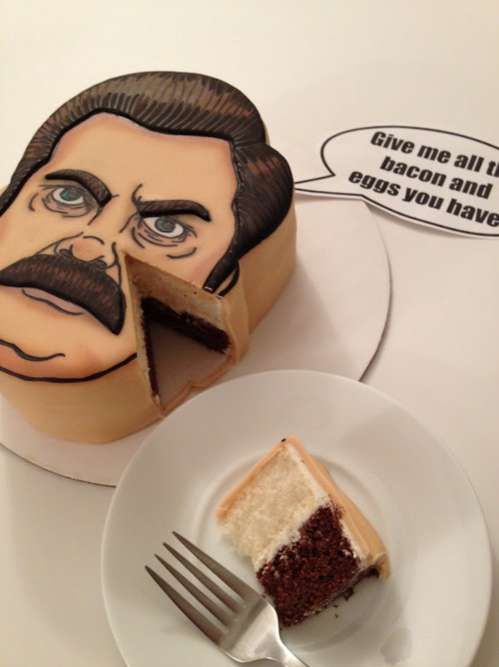 Hilariously accurate and featuring a quote from the stoic sitcom character, this cake is a real work of art. A far cry from cutesy cakes of the same breed, the portrait is as stern looking as Ron himself. Sure to please Parks and Rec fans and impress even non-viewers of the show, this is a dessert with a hilarious amount of personality. Perhaps the weirdest part of the confectionary is the sheer amount of detailed hair painted on. Certainly not as appetizing as other cakes, the Swanson cake wins points for humor rather than delectability.

Oddly realistic, hilarious and viral-ready, the Ron Swanson cake is bound to please audiences regardless of how it tastes.
0.7
Score
Popularity
Activity
Freshness
Access Advisory Services