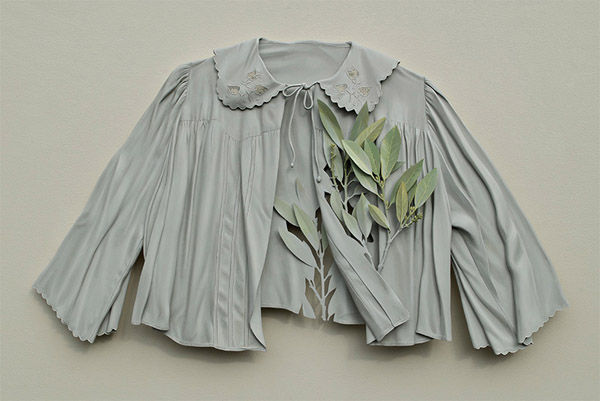 Meghan Young — April 24, 2014 — Art & Design
References: snyderman-works & visualnews
Share on Facebook Share on Twitter Share on LinkedIn Share on Pinterest
The work of Ron Isaacs, an artist born in Cincinnati, Ohio, and based in Richmond, Kentucky, is the ultimate form of camouflage. Although not as deceptive as army clothing, which is the sole point of camouflage, they take on the qualities of nature as though they have morphed right from it. In a way, Ron Isaacs' work could be considered the clothing of nymphs and other forest creatures.

What makes Ron Isaacs' creations even more impressive than its organic touches is the fact that they aren't made out of cloth and thread. Instead they are each made out of plywood. As written in his artist’s statement, Ron Isaacs focuses on three recurring subjects: vintage costumes, plant life and ordinary objects. He combines them in such a way as to create visual poems.
0.7
Score
Popularity
Activity
Freshness
Jeremy Gutsche Keynote Speaker