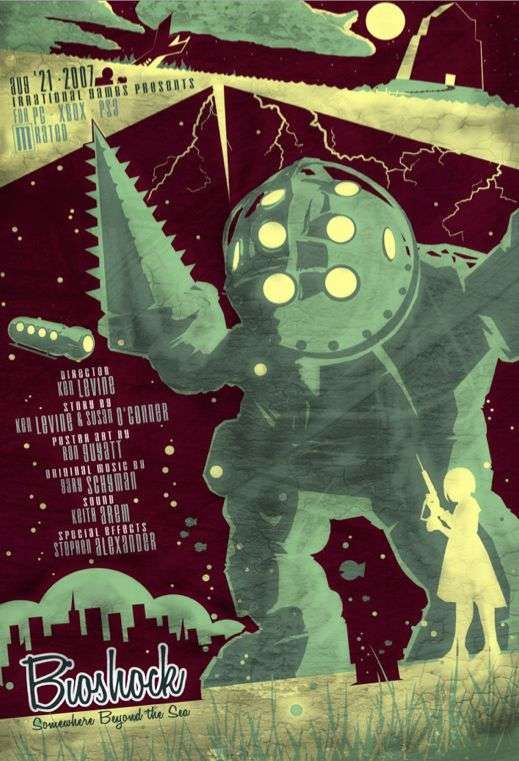 Jason Soy — May 29, 2012 — Tech
References: ronguyatt.4ormat & randommization
Share on Facebook Share on Twitter Share on LinkedIn Share on Pinterest
As video games continue to progress as a form of storytelling rivaling that of cinema, Ron Guyatt found it apt to render a series of posters re-imagining epic games as movies. Included in the collection are Halo, Bioshock, Deadspace, Skyrim and Fallout 3, to name a few. Guyatt clearly chose games he felt would translate extremely well onto the silver screen, making it really easy for viewers to back this concept. Strangely, he’s left out Mass Effect, but I won’t hold that against him.

Ron Guyatt, for those who don’t know, is a Toronto-based graphic design and illustration freelancer. In addition to fashioning impressive movie poster art, he’s also adept at hyperreal portraiture, photography and advertising art direction. Guyatt truly is a visual jack of all trades.