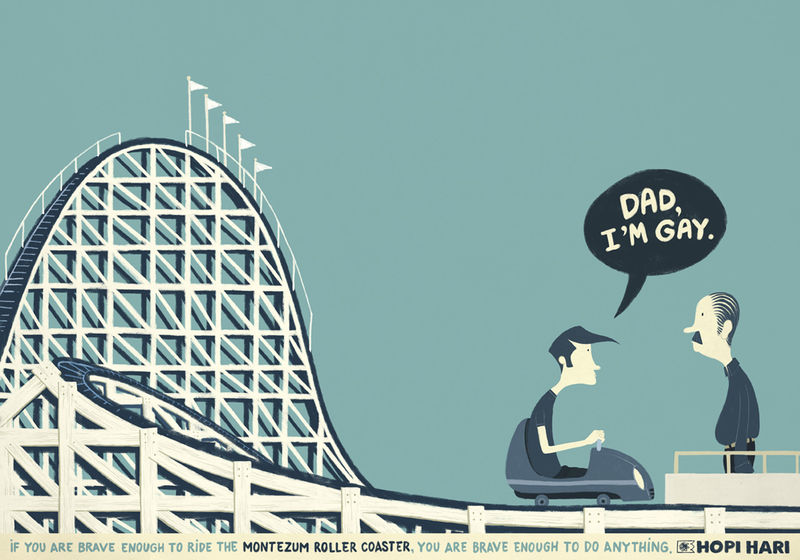 Meghan Young — July 30, 2014 — Marketing
References: yr & adeevee
Share on Facebook Share on Twitter Share on LinkedIn Share on Pinterest
The Hopi Hari ad campaign focuses on a handful of roller coaster bravery acts. It reads, "If you are brave enough to ride the Montezium Roller Coaster, you are brave enough to do anything. This is literally illustrated through a set of posters that show people finishing up their ride only to blurt something that's been on their mind for a long time to loved ones. For instance, one man states to his father, 'Dad, I'm gay,' while a woman tells her boyfriend, 'To be honest, it's pretty small.'

Conceived and executed by the Young & Rubicam ad agency based in São Paulo, Brazil, the roller coaster bravery acts might seem a bit diminished by what is being promoted, yet overall the message is a powerful one.
3.4
Score
Popularity
Activity
Freshness
Attend Future Festival