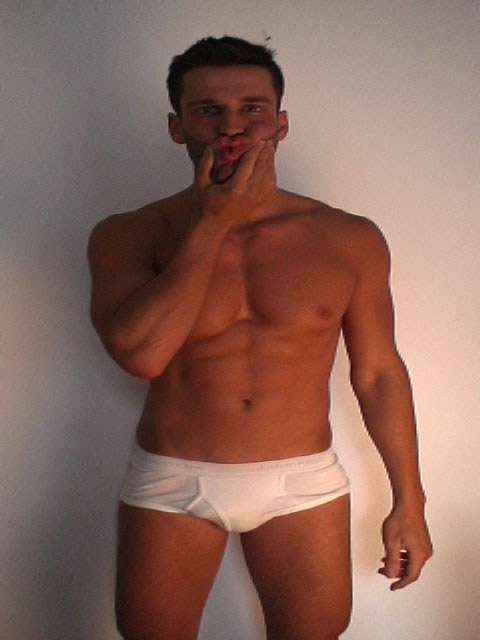 Whether or not you consider 20 ft tall men in their underwear making funny faces art or not, the fact of the matter is that these images from the RoidRage exhibit will be displayed prominently in the lobby of the Tribeca Grand in New York. The celebrity portrait photography, dubbed the anti-paparazzi, will launch his first video installation "Not Yet Titled (Making Faces)," which will show at the hotel through the weekend.

"Influenced by Warhol's New York, he found inspiration in the eclectic and gritty characters and sites of New York's famed underground East Village and Lower East Side," his site says. "Kost was touched by the energy and honesty of these shots and found he could translate their character and integrity to his work with celebrities and the New York fashion elite, who have gravitated to his aesthetic."

Last week, his work was displayed in Paris, and now it's moved to the Big Apple. As bizarre as the work may be, if that's not an indicator of demand, I don't know what is.