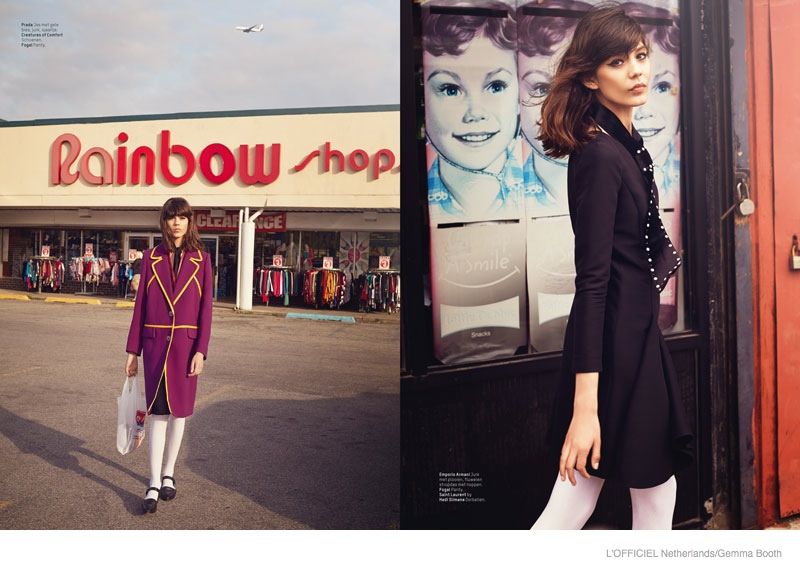 Jordy E — August 30, 2014 — Fashion
References: lofficiel.nl & fashiongonerogue
Share on Facebook Share on Twitter Share on LinkedIn Share on Pinterest
The L'Officiel Netherlands Rockaway Beach editorial proves that little really is more. Photographer Gemma Booth put together this production which was set in suburban settings, all of which were so run of the mill that they could have been set in numerous regions from around the world.

While little was done to jazz up L'Officiel Netherlands' display of department stores and traffic lights, model Ewa Wladymiruk made the setting appear quite glamorous and over the top. Wladymiruk did so with the help of stylist Sabina Schreder who pieced together conductor hats, fur jackets, pleated skirts, colorful lined jackets, white tights, plaid dresses and turtle necks.

Given the Fall 2014 season that this photoshoot is a part of, it follows that Schreder assembled collegiate looks via ankle socks, trench coats and thin scarves.
1.1
Score
Popularity
Activity
Freshness
View Innovation Webinars