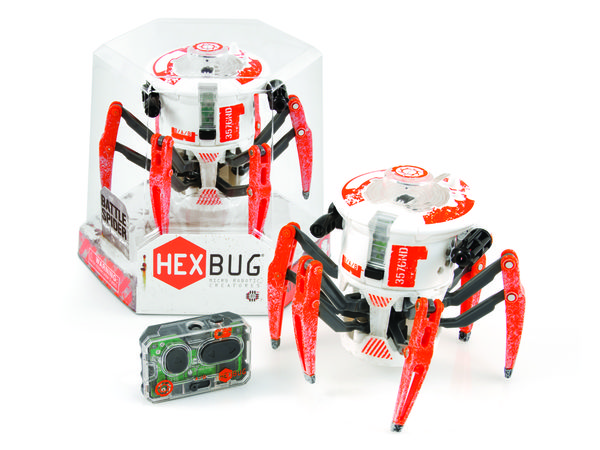 HEXBUG’s Robotic Spider Toys Are Made for Battle

Laura McQuarrie — February 19, 2014 — Life-Stages
References: hexbug & hexbug
Share on Facebook Share on Twitter Share on LinkedIn Share on Pinterest
This robotic spider is one of the new toys HEXBUG debuted at this week’s 2014 New York International Toy Fair. The HEXBUG Battle Spider is a new addition to its Micro Robotic Creature line that lets two players pit spider against spider.

The Battle Spiders are controlled via remotes and during a battle, capable of 360 degree steering and moving with precision against its opponent. During a fight, the spiders make incredibly realistic responses for shooting, defence and when they are hit, provided by voice and sound effects.

As well as the two player capabilities, this HEXBUG toy’s two-channel remote control gives it the power to control more than one bug at once, with independent control over each.

In spring 2014, the HEXBUG Battle Spiders will be available exclusively nationwide at Mastermind, as well as online at hexbug.com.