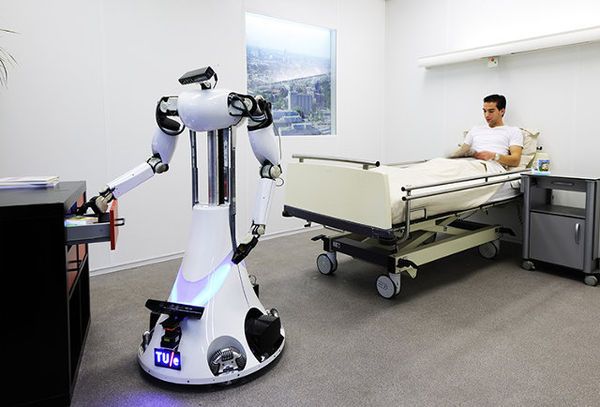 Michael Baxter — January 25, 2014 — Tech
References: roboearth.org & fastcoexist
Share on Facebook Share on Twitter Share on LinkedIn Share on Pinterest
It's almost time to start panicking about the robot apocalypse because with the robot Internet here, robots are now a step closer to taking over the world. That may be a little bit of a hyperbolic statement, but robots can now officially learn from each other so the possibility is definitely there.

Initially, robots were programmed to complete tasks and that's what they did, but RoboEarth has taken it upon themselves to show that robots are more powerful than we initially believed with the Robot Internet.

In an experiment at a hospital, a patient asked an armless robot for a drink. The robot scanned the room, contacted RoboEarth and another robot that was more suited or the job came in and completed it. What this means for technology and humanity is definitely unclear, but it is truly astonishing.
2.7
Score
Popularity
Activity
Freshness
Get the 2023 Trend Report FREE