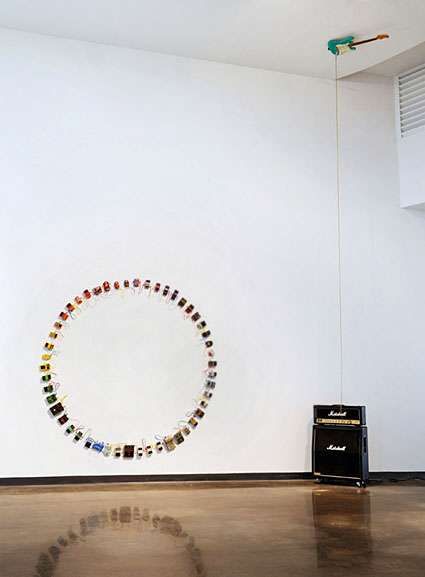 The practice involves heating up beeswax and adding colored pigments to the mix. Then it is usually applied to prepared wood, though artists have used other surfaces as well.

Now he’s going back to another part of his roots, where he used to play the synthesizer and guitar in the band Urban Verbs.

He is now exhibiting his work at the American University Museum in Washington, DC, where the showpiece of the exhibit named “Cypher,” is a configuration of 50 guitar effect pedals, set in a circular pattern named “Isolation.”
1.1
Score
Popularity
Activity
Freshness
Jeremy Gutsche Keynote Speaker