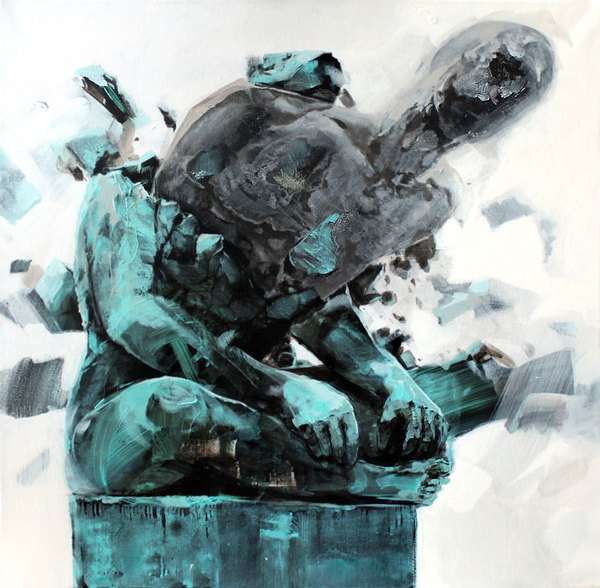 Jason Soy — March 22, 2012 — Art & Design
References: behance.net & artforadults.tumblr
While looking through this collection of Robert Proch illustrations, viewers should really take the time to contemplate each visual and the message it's trying to convey. Based on the Seven Deadly Sins, Proch has rendered a series that’s not only technically sublime, but very thought provoking. For instance, his depiction of anger has a humanoid figure bursting through a rocky exterior. Is Proch trying to say that such transgressions are ultimately harmful to oneself rather than the person the anger’s directed at?

Every one of Robert Proch’s creations is equally as engaging as the last, and it’s rare to see art truly force viewers to exercise their mental faculties rather than simply titillate people’s eyes, which is something Proch is also highly adept at doing. Who knew acrylic paints on a canvas could speak volumes louder than words?