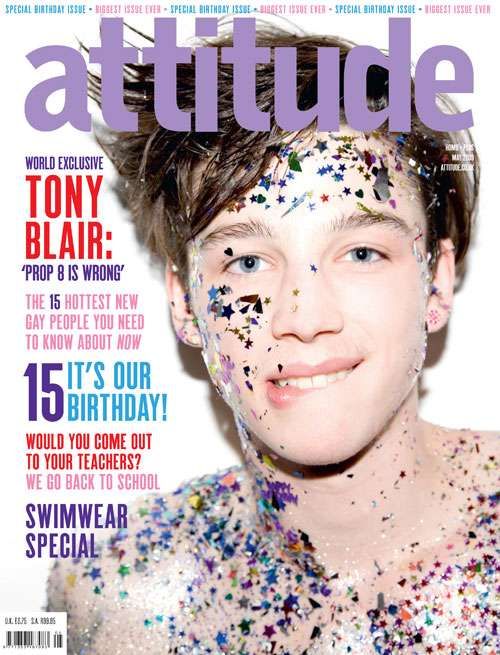 The cover features one of the hottest ‘It’ models these days, Ash Stymest, all glittered up and biting his lip seductively.

Currently the #1 gay magazine in the UK, Attitude’s first issue was published on May 1994. The new issue is promoted as being their biggest issue ever.

The rest of the images in the gallery are from a Hedi Slimane shoot for Vogue Hommes Japan last year, which featured Ash Stymest in some cute looking Hello Kitty accessories.