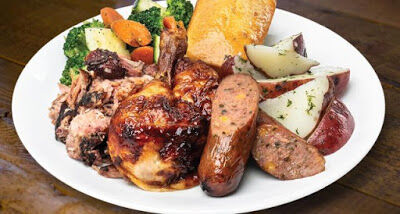 Boston Market Has Teamed Up with Celebrity Chef Robert Irvine

Chef Robert Irvine is well known for both his cooking and his charity work, and his partnership with Boston Market touches on both of those passions. Together, the duo will offer the chef's signature smoked cheddar pork sausage and hickory-smoked pulled pork for a limited time. The proteins can be enjoyed in several ways, including in the form of a meat combo plate, or as a sandwich.