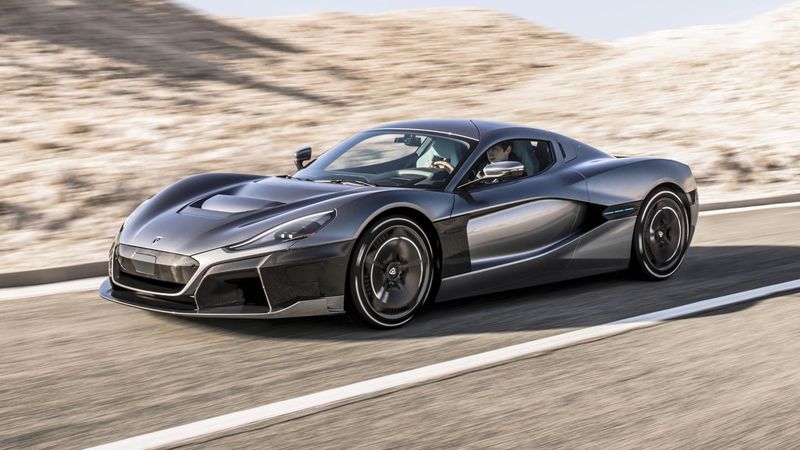 The Rimac Concept Two is Taking on Tesla with Pure Performance

Justin Lam — March 7, 2018 — Autos
References: topgear & engadget
Share on Facebook Share on Twitter Share on LinkedIn Share on Pinterest
The Rimac Concept Two is a new electric hypercar with outrageous performance and a stunning design. The Concept Two is a 1,914 horsepower vehicle and can accelerate to 258 mph in just 1.85 seconds. These figures may seem ludicrous, but the performance of this vehicle has been carefully calculated to outdo the upcoming generation of Tesla's Roadster, which is set to hit 60 mph in 1.9 seconds and top out at 250 mph. The Rimac Concept Two will also feature eight cameras, a lidar, six radars and 12 ultrasonic sensors, all of which will help the vehicle achieve Level 4 self-driving capability.

The body of the Rimac Concept Two features full carbon fiber construction and design elements that cut a dramatic figure. The use of carbon fiber lightens the entire load of the vehicle, though it still tops the scales at 4,300 pounds. This is makes the Concept Two a heavy hypercar, but the handling is not affected thanks to torque-steering that's fully independent on each wheel.
3.2
Score
Popularity
Activity
Freshness
View Innovation Webinars