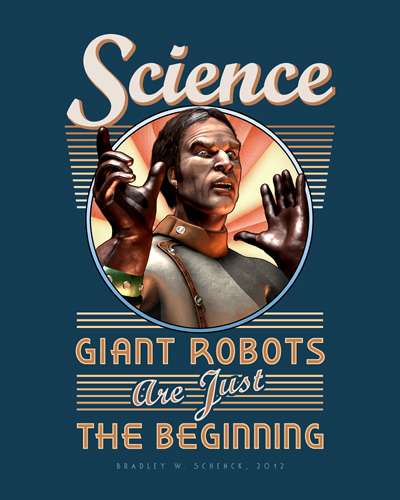 These Retro Science Posters from Retropolis are Charming & Cautionary

With messages such as "Science, Giant Robots are Just the Beginning," who wouldn't be able to refuse pursuing a Bachelor of Science? It's no question that if the technology was available, these posters would have populated the billboards during the early half of the 20th century. Sadly, the possibilities of a world with death rays, giant robots and mad scientists will have to remain within imaginations and stories. Nonetheless, these Retro Science Posters from Retropolis.com are entertaining and attractive; perfect for any study, play den or science lab.
4.2
Score
Popularity
Activity
Freshness
Jeremy Gutsche Keynote Speaker