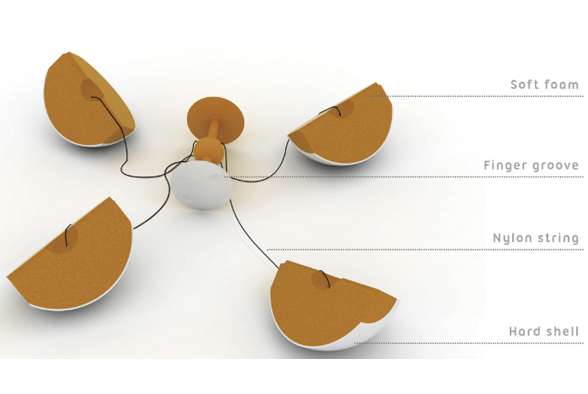 Release by Adhirath Bali is a project that is made up of at least six separate objects, each with its own inventive function. The first is a more futuristic version of a stress ball. It's called Burst, and it's make up of a hard shell with a soft foam inside, and the user is encouraged to throw it against the wall and shatter it as a way to unleash pent up frustration. Other items include the Rattler analogue locator for keys, Grip the hand exerciser, the Xeno LED torch, the Swivel planner and the Wink aromatic snoozer. Wherever your agitation lies, Release by Adhirath Bali offers a solution.
5.6
Score
Popularity
Activity
Freshness
Attend Future Festival Virtual